The Power And Manner Of Tone 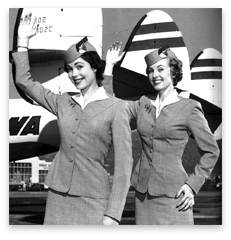 This past week I flew Delta from Knoxville, TN to Savannah, Georgia.  On the leg from Knoxville to Atlanta, I noticed the ‘tone’ of my stewardess – especially during the familiar “turn off all electronic devices.”

I could not get my computer turned off in time for her.  And, as she passed by, she said with an arrogant tone and for those around me to hear, “When you turn it off and put it away, we can begin our flight.”  Raising her voice and slightly pausing, she tossed this over her shoulder and took the last three steps to the front and turned around to stare at me.

Now, it wasn’t the words – although I’m somewhat of a rebel.  It was the tone.  That’s what irritated me – the manner.  Her manners.
…………..
In LinkedIn, a rare few who ask questions do it rather smugly and without much humility.  They seem to believe that we do not have the intelligence to get the right answer.  I remember one man who posted several questions in “Sale Techniques.”  He often stated in the notes below his question that he would give us the RIGHT answer after our posts were completed and time had expired.  Hmmm?  Why post?

How many marriages are killed by tone – the tone of a husband when speaking to his bride?  Or, relationships between a Father and his son – snuffed out by tone?  … The modulation of the voice expressing more than the words.
……………

I believe that tone comes from the stuff inside of you.  It displays attitudes, beliefs, and character.  One can seem bright and cheerful or dark and foreboding.  I also believe tonal quality stems from a conscious choice we make – to be selfish or to make things better.  To be a

as Seth Godin explaines or to be a complainer.

Some people are contributors – no matter how they feel they work to make a difference – to change the game in a good way for the people they are around.

Salespeople, who are game changers, ask questions and listen with a sincere attitude – one that seeks to understand.  Making a valuable impact for them takes precedence over making the sale.  The quality in their voice doesn’t have to be faked.  It’s real.  The tone says, “It’s all about you.”  I will follow up.  You can count on me.

………………………
A firmness exists in the tone of someone who knows what they stand for.  And, when it’s service, it’s all about filling needs and solving problems.  But, it’s more than that – there’s a contribution to the spirit of someone’s life.  There really is.  Just hang around a retail store or a stewardess that doesn’t care about you – the tone will make you fight, feel bad, or get depressed.

Let’s watch our tone – the tone of our blogs, our tweets, our videos, our voice.  Let’s be passionate about bringing a willingness to help into the daily routine of those we serve.  We can.  Lance.