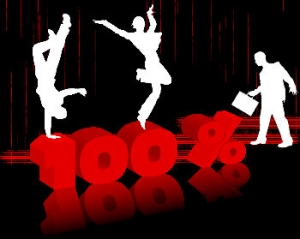 The following may be a little controversial. However I do not intend to be divisive… just a little weird or unusual about the subject of competition. Alfie Kohn wrote a book several years ago. I believe it was called, “No Contest: the Case Against Competition.” His heavily researched work concluded that competition was unhealthy no matter how many sales managers decry the thought. (By the way, I love to WIN with the best of them. L.)

In my studies of all coaches with three (3) national championships or more … very few focused on creating a healthy competitive climate within the team … so few in fact, at present, I cannot remember one who did. Instead they worked to form incredibly strong bonds between the players in the struggle to give their best, on the field or on the floor, for the benefit of others … while striving to get better each day.

In the last twenty (20) plus years, I discovered that I can inspire others and I cannot motivate them. I can create a ‘climate’ in which people release their own achievement drive for the benefit of others.

I’ve also discovered that competition lies naturally in the hearts of salespeople, but teamwork doesn’t. And, I’ve learned that teamwork focused on excellence is in the long-term more productive than competition flamed within the ranks. So, I’ve been able to lead sales teams in breaking records with a mature focus on personal goals and team goals. I’ve done this by building emotional meaning into those goals for themselves, their families, and their companies. And, if I’ve recruited well, each of the teams I’ve led have formed strong bonds very much like that of a family. I’ve also learned to teach salespeople to cheer for other salespeople, to encourage them, and share celebrations at team meetings.

Eleven companies, out of 1400, made the cut in “Good to Great” by Jim Collins. In each, a disciplined and relationship-centered company of people focused on striving for excellence – without finger pointing or dancing in the end zone. These companies quietly and incrementally improved for years without flaming out or having mass exits and without depending upon charismatic leaders or lesser motivational forces.

I believe a competitive nature exists. It exists as a spiritual energy – to be harnessed for men and women to fight TOGETHER against the forces of mediocrity and those issues that impede personal and team goal achievement.