Coaching The Best – The Philosophy 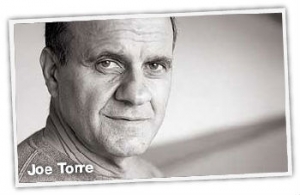 In every field of endeavor, a philosophy (set of attitudes/beliefs) drives the system (people, processes, tools and skills).  It affects the hearts of its listeners.  It brings staying strength to action.  It reinforces confidence in the system as THE structure to embrace for greatness .  It puts purpose and meaning into work.  It inspires.

For great sales managers who coach well, their coaching philosophy forms early, even at home.  It takes shape from those mentors or authority fiqures whom they allow to shape their thinking.  The list of possible influencers include parents, teachers, team coaches, and bosses at work.

As thoughts form, attitudes and beliefs emerge, and behaviors turn into habits which produce results.  For example, some coaches believe that people cannot be trusted and they micromanage processes.  Others do not believe in the coaching role at all and believe that people will succeed or fail despite their intervention – so they stay away.  Some sales managers believe that people do better when they are afraid.  As a result, they brow beat their salespeople and work to create an atmosphere of fear and control.

When we think of these examples, it’s easy to see how a sales manager’s attitudes and beliefs motivate or empower their sales system.  Their philosophy drives how they install their system and either moves its acceptance and effectiveness toward or away from greatness.  Consequently, their attitudes and beliefs make all the difference in their team’s sales production.  Salespeople leave, flourish, or become demoralized as a result of the created sales culture.  It also attracts or repels great performers.

The attitudes and beliefs of the coach form the spirit of a sales organization.  This ‘spiritual effect’ begins its work during recruitment decisions and continues into employment.

The cultural effects are obvious.  Sales teams operate out of a fearful spirit while others are courageous.  Some are honest and some are not.  Some believe in serving others – some do not.  Some are creative and innovative while others wait for orders from the manager.  We also see more salespeople make confident and winning moves In the heat of the moment or we see them quit in defeat.

We see these same effects working within the sporting teams we love.  Players operate fearlessly or fearfully.  They believe in themselves or they do not.  How many of us have every witnessed a Little League baseball team or a youth soccer team that was under-performing simply because of the coach?  Most of us.  I’ve even seen the same team lose one year under one coach and excel the next year under a different coach.  Same team.  Different coach.  It was once said about Bear Bryant, the former and late Alabama football coach, that, “Bear could beat your team on one Saturday, and then take your team and turn around and beat his team the next Saturday!”

Here’s what I found from a study of coaches with three (3) national championships or more.  After reading autobiographies, biographies, news clips, player remarks, and videos, the following consistencies emerged.  The top seven (7) attitudes and beliefs for coaching teams to greatness are ..

Great coaches …
1.  Care about their people and demonstrate this by paying attention to player needs and progress.
2.  Believe that their people have what it takes to get their jobs and goals accomplished.  Faith is demonstrated and communicated.
3.  Define success as giving your best for the benefit of others and striving each day to get better.  (While goals are important, the effort to reach them is more important.  They make their players responsible for effort applied in the right places.)
4.  Individualize their coaching approach because they know their people as unique persons with different motivations and skill levels.
5.  Teach that the team is more important than the individual.
6.  Expect people to get better – and those expectancies are specific and communicated.
7.  Focus on the process and not on winning.

These attitudes and beliefs describe a winning philosophy – one that wins for sales teams, families, and even churches.  And, they can be caught.  Now, go out and catch them.  Lance.